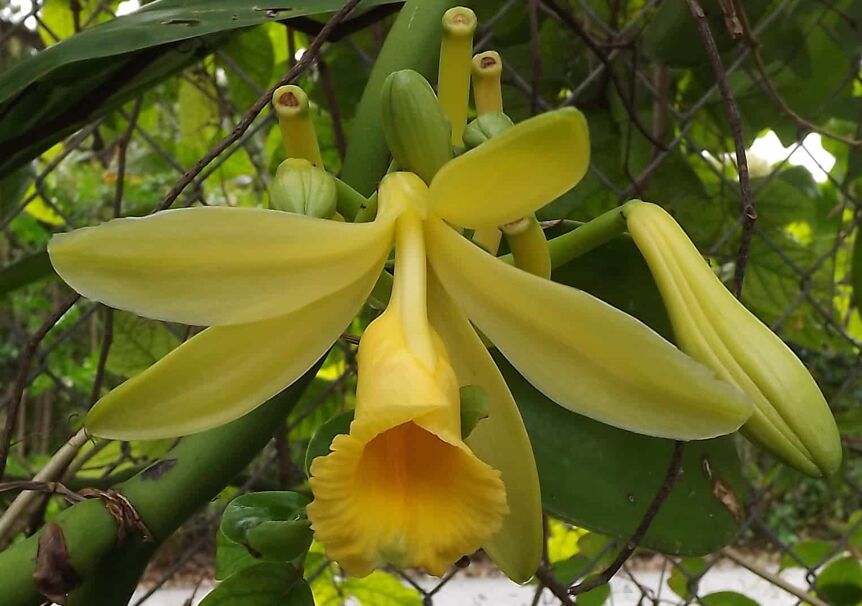 History at a glance

Hardly any plant is as mysterious and at the same time as beloved as vanilla. It originated in South America, but today most vanilla comes from Madagascar. It was originally harvested by the Totonacs in Mexico before they were conquered by the Aztecs in the 1400s.

The Aztecs used it as a flavouring for food, drinks and even cigars. Later, vanilla was brought to Europe, where it became Queen Elizabeth I’s favourite spice. It found its way to America and is now a basic flavouring in almost every household.

Today, vanilla is the most expensive spice after saffron, and one of the most popular flavours in the world.

Vanilla is a member of the orchid family. It grows on a vine in long bean pods. The seeds are used to make vanilla oleoresin.
Vanilla oleoresin is technically not an essential oil, as it cannot be produced by steam distillation or extracted mechanically from the plant. The solvents are removed from the vanilla extract to produce vanilla oleoresin.

In the past, the term “vanilla” was used to describe something as plain or even boring. But vanilla is anything but plain or boring. It is very versatile and has a wonderfully sweet and universally recognisable scent that is sure to evoke pleasant memories and spark inspiration no matter how you use it.

In this blog here, I share with you some of my favourite uses for Young Living’s Vanilla Oleoresin. But before we dive into the applications, I’d like to share the history of vanilla….

Once upon a time…

… in early times, the land of the radiant moon was the kingdom of Totonocopan, ruled by the Totonacas.

The palm-covered beaches, the green valleys and the shimmering hills – the sierra now known as Vera Cruz – were accessible from several places.

One of these places was Papantla, the place of the parrot birds. Another was El Tajin, the Thunderbolt, an ancient Huaxtecan city built in honour of the deity Hurakan, the god of storms.

It was here, in this dense tropical rainforest, that vanilla was first cultivated and harvested ages ago. It was here that the scent of vanilla was so exquisite that Papantla later became known as “The City that Perfumes the World”.

A long time ago, before the reign of Tenitzli III, the world did not know vanilla. In the town that would later become known as Papantla, lived King City, famous for its artists and sculptors, Tenitzli Tenitzli and his wife.

The royal couple was blessed with a daughter who was so incredibly beautiful that they could not bear the thought of marrying her off to a mere mortal.

So Princess Tzacopontziza (Morning Star) became a priestess and dedicated her life to the worship of Tonoacayohua, the goddess of harvests and sustenance. She spent her time in the temple, making offerings to the goddess in the form of food and flowers, and immersed herself in deep meditation in inner dialogue with the goddess Tonoacayohua.

He knew that even the sight of her innocent beauty could bring him death by decapitation, but he could not resist. And the desire to win her as his companion and wife would not let him go. The love in his heart for Morgenstern outweighed the danger of being captured and killed. So every morning, before Morgenstern went into the forest to look for flowers for the goddess, Young Stag hid in the undergrowth and waited for the beautiful princess to arrive.

One morning, the low, thick clouds still hanging low over the hills after heavy rains, Young Stag was so overcome with desire that he decided to capture Morgenstern and flee with her to the Sierra.

And as she came along the path, close past the bush in which he had hidden himself, he sprang out of the bushes, announced his passionate intentions, and ran deep into the forest with her in his arms.

At first, Morning Star was deeply startled by Young Deer’s sudden appearance and fiery passion. But his excitement transferred to her, she too fell under the spell of fate, and willingly followed him.

Unfortunately, this story does not have a happy ending. For when the fleeing couple reached the first mountains, a fearsome monster emerged from a cave, breathing fire and forcing the young lovers to retreat to the road.

But as soon as they abandoned the cover of the jungle, they were recognised. The priests of Tonacayohua came towards them and encircled them. Before Young Deer could say a word, the priests struck him down and beheaded him. Morgenstern met the same terrible fate. Their hearts, still throbbing and warm, were cut from their bodies, brought into the temple and offered on the stone altar as an offering to the goddess. Their bodies were thrown into a deep ravine.

But a little later, on the very spot where they had been murdered, the grasses where their blood had been spilled began to wither and shrivel, as if their deaths were an omen of change. A few months later, a bush sprouted so quickly and magnificently that within a few days it had grown several feet high and was covered with dense foliage. Shortly after, an emerald tendril sprouted from the earth, its tendrils intertwining with the trunk and branches of the bush in a way that was both delicate and strong, much like an embrace.

The tendrils were fragile and elegant, the leaves full and sensuous. People were amazed when one morning delicate yellow-green orchid flowers blossomed all along the tendril, like a young woman in love dreaming of her beloved.

When the orchids died, slender green beans developed, and in time they gave off a fragrance more splendid than the finest incense offered to the goddess in the temples.

The priests of Tonacayohua realised that the blood of the young deer and the morning star had turned into the strong bush and the delicate orchid. The orchid and the vine were designated as a sacred gift to the Goddess and have been a divine gift from Princess Morningstar to her Goddess and the world ever since.

And so it came to pass that vanilla, the “nectar of the goddess”, was born from the blood of a young princess.

Is there really such a thing as “vanilla essential oil”?

There are two answers to this question. The first answer is: no. There is no pure essential vanilla oil. This is because the essence of vanilla can only be dissolved from the plant using solvents.

The second answer is: yes, there is. Because it is possible to obtain a vanilla-scented oil in the form of pure vanilla oleoresin. This means you can bring this divine, soothing scent of vanilla into your home and perfume your life with the scent of vanilla.

What is “Vanilla – Oleoresin”?

Vanilla oleoresin is a semi-solid concentrate made by removing the solvent from vanilla extract. At Young Living, vanilla oleoresin is made using a unique extraction process that combines the pods with fractionated coconut oil. The Vanilla Oleoresin you can order from Young Living behaves just like the essential oils, you can also use it in much the same way. And of course the quality standards remain the same: the vanilla is also subject to the Sead-to-Seal process, which guarantees the highest quality.

For restlessness, agitation or stress: put a few drops in your diffuser, or apply a drop behind your ears and on your wrist.

Mixed with water in a spray bottle, spray over your bed linen, enjoy in your aroma chain or simply enjoy in a relaxing hand inhalation before going to bed….

If you wake up in the middle of the night, restlessly tossing and turning from one side of the bed to the other… apply a drop to the soles of your feet, inhale a drop of vanilla and relax into your pillows.

Are you one of them? Many people spend a small fortune on their skin and hair care products and yet see little or no results. Vanilla has a deep, powerful effect on your beauty care. This is thanks to the high levels of vitamin B found in vanilla essential oil, and with regular use it can even help you maintain a gorgeous head of hair and keep your skin velvety soft….

Vanilla can be a wonderful companion during menstruation.

With which essential oils can vanilla be combined well?

One of the best things about vanilla is its adaptability and the way it perfectly complements so many essential oils. Its rich, sweet and warm fragrance combines beautifully with heavier, floral oils and can be blended or layered with scents such as herbaceous lavender, musky patchouli and sensual sandalwood to create fabulous, powerful blends or perfumes.

I wish you a wonderful, fragrant time

Ps: Don’t have your own Young Living order account yet? Then go to our aroma experts here, pick someone from your area, and order your essential oils right away. Why wait any longer?

Pss: Would you like to come to a fragrant evening and experience the oils live? Then register here, as soon as the next oil evening takes place in your area, you will be invited to it. 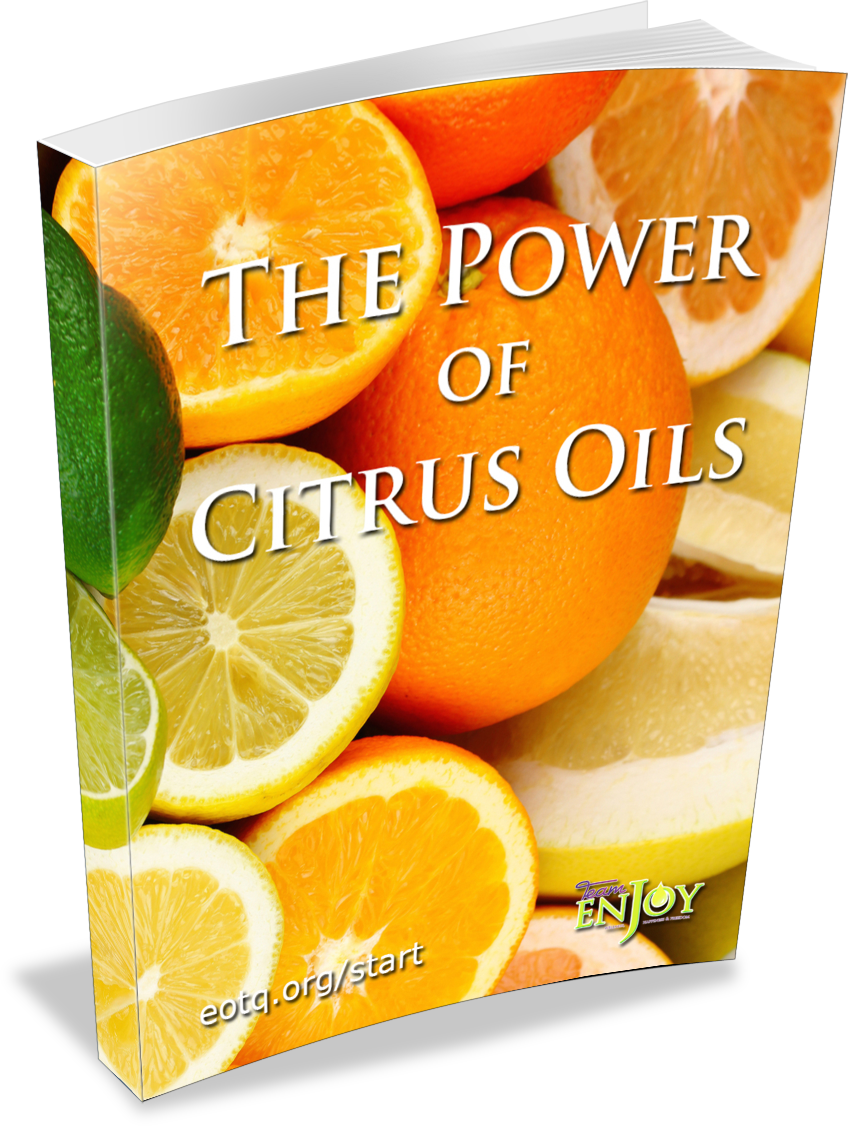 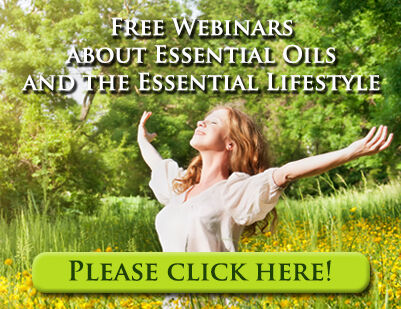 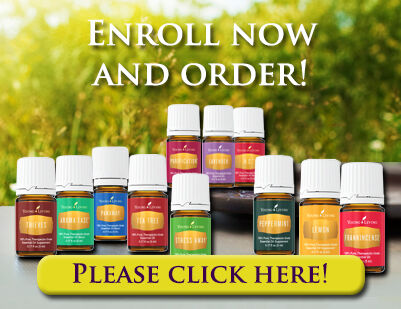